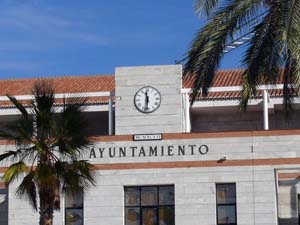 The Salobreña Town Hall have taken a step closer to approving new legislation that will see the new costings to hotels for the removal of their rubbish in 2014 and they are claiming that the amendment to the legislation will benefit 90% of the hotels in the town… however, some of the other 10% will be paying up to five times what they paid in the current financial year.

Salobreña Mayor, Gonzalo Fernandez, explained that the change in the payment structure took into consideration a new scoring system,  under which establishments were rated on number of rooms, catering facilities and size of the bar area, amongst other criteria. Therefore, somewhere like the San Juan, with twelve rooms who pay around 285 euros, will now only have to pay 85 euros.

However, the larger hotels with lots of rooms, will pay significantly more. Take for example Hotel Salobreña, with its impressive 191 rooms. They will be amongst the biggest losers, paying around 280 euros per quarter at present, this figure will rise to 1,375.90 euros every three months in 2014! The mayor was quick to point out, “most hotels will see an average reduction of 200 euros,” he explained.

Another new aspect of this amendment is the collection of refuse from buildings located on undeveloped lane, like farms. From 2014, residents will have to pay for the first time, at a rate of around 20 euros per year to contribute to the collection of rubbish in and around these areas. The Mayor explained that a lot of trash accumulates in these areas close to the village, especially at the weekend; the Town Hall has to get this removed and therefore needs paying for.

For the rest of the residents of Salobreña, they should save on average four euros per quarter, from 21.80 euros at the moment, down to 17.80 euros.

Let’s just hope all these politicians in the Town Hall aren’t talking a load of garbage.