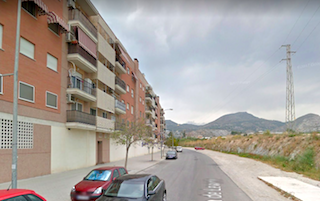 A 4-storey apartment block in Motril had to be evacuated in the early hours of yesterday after a fire broke out in one of the flats.

The emergency number 112 received a call a little before 02.00h Sunday morning from a resident in the apartment block on the Ronda de Levante to say that there was a house fire on the 3rd floor.

Both the fire service and the ambulance service were called out, as well as the Policía Nacional and the Policía Local.

The latter went into action to evacuate residents from the building as a safety measure whilst the fire service was tackling the fire. They were allowed back in just as soon the fire was out and the building ventilated to clear the smoke.

Although the fire had damaged two of the rooms nobody was hurt because the flat owners were not in residence.