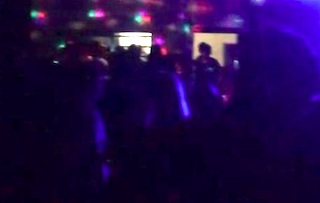 The owner of a cortijo behind Calahonda is facing a stinging fine after hosting a party with over a hundred participants in the early hours of Sunday.

The Policía Local got wind of it after a series of calls complaining about the noise coming from a cortijo, which is situated near the paseo between two plastic-greenhouse areas.

Approaching the area they first came across two young men who were immediately fined for not wearing a mask. Warming to the task, the police officers continued but failed to actually locate the cortijo that night – they couldn’t hear it or see any signs of life.

But locate it they did, the following day, thanks to the strange fad for posting videos of misdeeds online. The Motril Councillor for Citizen Safety, Mara Escámez explained that by examining the videos they could estimate that there were around a hundred people there.

The Town Hall maintain that the cortijo owner hired security guards, posted at the beginning of both entrances to the cortijo. These guards warned the owner that the police were approaching so they turned off the music and lights.

These same guards earlier in the evening had the task of approaching young people on the paseo and inviting them to the party and transporting them to the cortijo where drinks could be obtained for just two euros a go.

Editorial comment: with the UK – the prime source of foreign tourism – putting a quarantine on people returning from Spain because of the growing infection rate, caused amongst other reasons, by youngsters ignoring mask use and social distancing whilst out partying the night away, you can only draw one conclusion: they are unable to connect their behaviour with the Spanish economy crashing. It’s preferable to think that rather than deduced that they just really ‘couldn’t give a damn,’ to put it nicely.