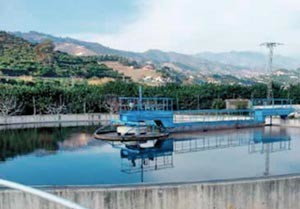 The Chairman of the Mancomunidad confirmed that the project to connect up Jete, Otívar and Lentegí to the Almuñécar sewage treatment plant will soon be approved.

The project, which includes pumping stations between the said villages and the Almuñécar sewage-treatment plant, will be approved at the end of May, he explained.

If things go to plan, then compulsory purchase orders will be issued against the affected land and actual work will commence around the end of the year.

Lastly, where there is actual work being carried on a sewage-treatment plant, at last, is Albuñol, after 23 years of waiting. As work stands, the installations should be treating sewage by next summer.