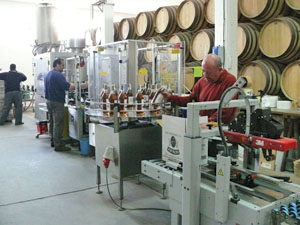 The ex-Administrator for Ron Montero distillery in Motril has had her appeal rejected and will have to serve three years imprisonment.

An explosion on the said premises in July 2014 resulted in three workers being seriously injured, one of whom later died from his injuries.

The condemned woman, A.M.T., was found guilty of gross negligence manslaughter. Furthermore the Appeals Court has dictated that there can be no further appeal, not even before the Supreme Court.

In addition to the prison sentence – had it be less than two years it would have been a non-time-serving, suspended sentence – she will also have to pay heavy compensation in the concept of public liability: Manuel G.R., 268,641 euros and Miguel L.V., 392,015 euros, for the injuries sustained.

Lastly, Manuel G.R. will receive another 12,000 euros in compensation for the emotional loss of his brother in the accident.