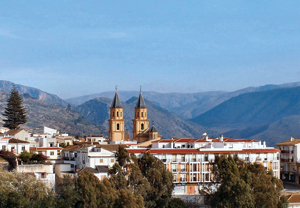 Órgiva Town Council has decided that it is going to do away with the illegal settlements (encampments) within the municipality.

This isn’t a recent problem but one that has been around for a long time, the Mayor of Órgiva, Raúl Orellana, points out.

“It’s a question of removing illegal encampments/settlements and regulating the arrival of people who wish to settle here amongst us,” he explained, adding, “Órgiva is an example of integration and coexistence about which we feel pride for being a multi-cultural town, but we should not confuse this with an absence of rules.”

He said that the emergency services have warned of there being a serious risk of flooding, fires and other kinds of problems because these settlement cannot be evacuated rapidly. For that reason something must be done before a calamity strikes.

By laws exist to prevent somebody from just erecting what they want, where they want, even on privately owned land, which must be observed, he pointed out.

Órgiva has a number of such encampments-cum-shanty towns that have sprung up in areas prone to flooding (down by the river) or in areas of forest-fire risk.

All of this was covered during a special video conference with the provincial Junta Delegate, the Head of Citizen Safety, the Guardia Civil, and representatives from environmental watchdogs for the Parque Natural de Sierra Nevada, regional police as well as the Mayor of Manuel Álvarez.