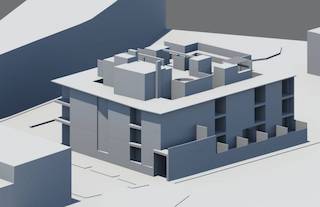 The Salobreña Councillor for Tourism, Gabriel Alonso, has announced that work on the projected 35 tourist flats  has commenced.

We did an article about the project in November 2018, which you can read for a detailed explanation.

The developer behind the project is Costa Tropical Holidays S.L, which has invested some 3m euros and plans to have the building complete within seven months.

The Councillor applauds this addition to Salobreña’s  tourism sector, especially as it is a local company behind it.

This first phase will be followed by a second one comprising of a further 37 apartments, bringing the total number up to 72 tourist apartments.