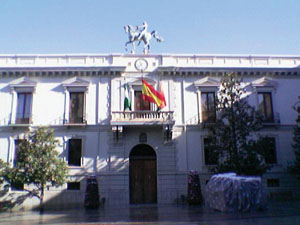 The new Granada City Council is facing criticism over the amount of Vice-Mayors it has created; i.e., five vice-mayoralties bringing the total up to seven.

The socialist opposition say that this ‘proliferation’ will cost the municipal coffers an extra 400,000 euros a year for the salary payroll. The new Mayor, however, says that it’s ‘only’ 25,000 euros as each Vice-Mayor gets an extra 5,000 euros per annum.

The previous socialist Mayor only had two Vice-Mayors so the decision to bring it up to seven in number means an increase of five.

When the Mayor, César Díaz, was questioned over the need to have seven Vice-Mayors, he said that the objective was to “coordinate areas” as the present City Council is run by a coalition. This translates for ‘greasing’ the connection between departments run by different parties (PP and Ciudadanos)

However, the socialists point out that Mayor Díaz, when in the opposition, praised the socialist Mayor’s decision to bring down the number of Vice-Mayors from five to only two.

But politicians awarding themselves pay increases is not limited to the capital, however, as the first thing that the new Mayor of Lanjarón did was to increase his party’s councillors salaries by 25%, bless his cotton socks.

The socialists were “shocked,” they said because the conservative mayor hadn’t even consulted the finances of the municipality to see if it were viable – it isn’t as Lanjaron’s accounts are categorised as ‘Financial Risk’ by Hacienda.

Take the case, also, of Councillor Antonia Romero who in eight years has received a 42% salary raise but lowered her dedication percentage from 100% to just 60% – much more money and much less time actually worked.